864 million people use Facebook on a daily basis? Or that the time spent on Facebook per user per day is more than twenty minutes?

What’s very interesting is that much of the success of Facebook can be attributed to brain chemistry.  The way Facebook is set up triggers the release of dopamine, a brain chemical that is linked to pleasurable feelings of reward, and also oxytocin, the “love hormone” that helps us feel close to people we care about.

One of the things about Facebook that releases the feel-good chemical dopamine in our brains is simply looking at pictures of attractive people.  And because these people are usually folks that we know and care about, it can also increase the release of oxytocin.

Looking at pictures of people we care about can also lower our stress. According to Charles Raison, M.D., “One of the few things, I think, that is absolutely clear in the world scientific literature … is this repeated finding that the more social connections a person has that are positive, the better their health is going to be, the less illnesses they’re likely to have, and less likely they are to get depressed.”

The stress hormone that is at the root of many of the negative effects of stress is called cortisol. When we feel supported by friends on Facebook, it can help lessen the pain caused by the release of cortisol.

It’s no wonder Facebook is so popular. After all, it uses our own brain chemistry to keep us coming back! 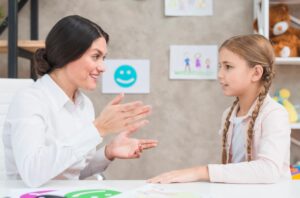 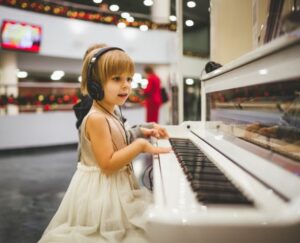 How Music Plays a Key Role in Early Childhood Development: Rhythm and the Brain
June 15, 2022 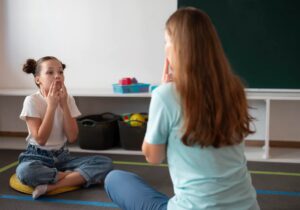 Things You Should Know If Your Child Struggles with Speech and Language
May 31, 2022